8 December, 2017 the award ceremony of the Republican contest "Poznai Belarus" (Explore Belarus) took place in Minsk. Annually this event marks the best achievements in tourism sector of the country.

The organizers of the contest selected winners in several nominations. So, “Ilva” became the best travel company, Eugen Apanasevich was recognized as the best guide in Belarus, while the Gomel Palace&Park Ensemble was marked as the winner in the museum category.

Also the contest chose the best ones in other nominations such as the hotel of the year, the project of the year and etc. Dmitry Selitsky from Polotsk, who writes for 34travel.by, received the prize of the best blogger.

A special award was given to museum of miniatures "Strana mini", which was recognized as the Start-up of the year.

At first one can tell this is not quite a typical nomination for the tourism sector. Giving this award the contest organizers wanted to emphasize the contribution the museum creators made to the development of Belarusian tourism.

"It’s amazing to receive such a reward. You know, start-ups are usually associated with IT. Well, our museum is not IT, but in some way we are innovators indeed. And the fact that our initiatives have been recognized on such a high level really amuses! The museum has achieved a lot this year, and the next year we will work even better and will fight agian for the title of the museum of the year ", - commented the director of the museum.

On December, 24 the only museum of miniatures in Belarus celebrates its first anniversary. To see Belarus in 2 hours – that’s the concept of the museum, where the most interesting tourist attractions of the countries are represented. Working for less than a year, “Strana mini” has already won love of locals and foreign tourists visit the capital.

An unusual approach to creating a museum, an emphasis on interactivity, modernity and technologies is what makes “Strana mini” stand out in the line of traditional museums.

The tourism contest "Explore Belarus" is annually held by the Ministry of Sport and Tourism in cooperation with the National Tourism Agency. Its goal is to acknowledge the achievements of Belarusian tourism industry and promote the development of domestic and inbound tourism.

Subscribe to the news and events of the Museum "Strana mini" 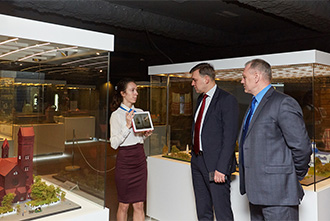 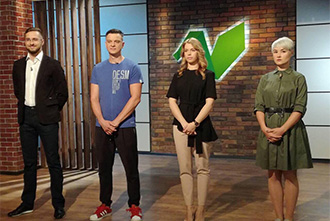 Museum of miniatures “Strana mini” participated in the 3rd season of the project "My Business" on ONT TV channel. 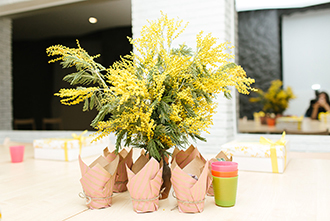 Your message was successfully sent